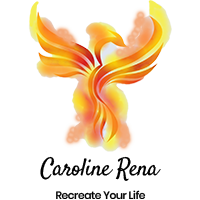 It has been some time since I last wrote about what’s been going on. I was full into prep mode and Complex PTSD flashback mode over some things like leaving and saying goodbye to friends. I didn’t feel I was in a place to share, so I didn’t. I am doing much better at this point.

I finished getting ready to begin the true Ride of My Life. Between selling things, buying what I needed for my car and trip and walking through and releasing feelings and the actual drive up north, it has been quite the busy time going on.

I actually left on the 10th of January and what a trip that was. The opportunity to completely lose it was available to me so I used my tools to walk through. Reached out to a friend for some guidance and also gently guided myself through something that could have turned out much worse; it didn’t.

I had “scheduled” myself to get up early and leave to get gas. Everything was going as it “should” until it didn’t. As D.T. Suzuki said, “When travelling is made too easy and comfortable, it’s spiritual meaning is lost.” Well, that fit right in.

Once I was finished at the gas station, I turned my car back on and the Apple Car Play would not work. Now in a general sense, that probably isn’t that big of a deal, but this was no general sense. I was just about to get on the road to drive to North Carolina. I needed my GPS and I needed some music to keep me company. This might be something interesting to look at some other time, but right now, know that I am fully locked into electronic means of travel. I have an atlas from 2006 that I have been marking the different places I’ve driven and been to, but I totally forgot about it being packed in my laptop bag. Plus, I’m pretty sure the roads have changed somewhat since then. Ya think?

Needless to say, I was 2 hours behind. I ended up stopping in Vero Beach at a Subaru dealership to get some help with it. It was quite the challenge to drive with the GPS on the phone because I had to look down.

Oh… did I mention that it was also raining and the light on the dash for the “eyes” of the car kept coming on to tell me they were off and I hadn’t changed a setting? This light is for the cameras that watch the cars ahead while in cruise control. To me this was the full out spiritual moment teaching, the meaning of life. How could I possibly get through all of this? I started to feel off and I was watching myself at each turn of the potential spiral going into the rabbit hole.

I managed to save myself.

The stop at the dealership was interesting. I walked in to find a salesperson to see if he could help. One came out with me and said he would use his phone to make sure that it wasn’t something in the system of the car. Newer cars are magical but the computer systems in them cause tempermentality. That’s my new word. I don’t understand them at all. Older cars make sense to me.

He told me to start my car and I had this intuitive hit and turned to look at him. I said, “You do realize that because you are standing there, it will work.” He started grinning and sure enough, I started my car and it worked! Oh boy.

It was 9 am before I could really start driving. It literally took me 2 hours to get from West Palm Beach to Vero Beach which is only about an hour away. Ugh.

I continue to drive. It gets colder. The further up the state I go. By the time I get to the place I was going to camp out in my car in South Carolina, it’s 36 degrees. When I left Florida, it was about 78.

Yes, I know, “What are you thinking?”

The desire in me to shift the C-PTSD flashbacks and not freak out, fully outweighed everything else by then. I still had plenty of daylight and continued to drive as it got colder and colder. I did not want to stop, and I did not want to keep my friend up all night who was waiting for me because I knew he worked the next day.

So, I kept on going and finally got to the Outer Banks at 11:30 pm. Exhausted and in body pain from pushing the limits sitting in the car because I didn’t want to stop any more than I needed to, I made it!

The entire trip ended up fully taking me 18 hours.

Time spent in the Outer Banks in the dead of winter. I will follow up on my next blog post in continuation of this as I travel on The Ride of My Life!