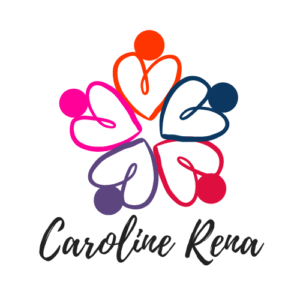 This is a big hairy, scary deal because they are both things that can be tricky to achieve, especially for someone who was traumatized throughout life.

I learned a long time ago that my growth comes from my wounds and the thing that I am most afraid of doing or being is actually a gift I carry that is disguised as fear.

So, once again, this comes up.

I have been learning deeply about trust and the trust isn’t just about other people. It is about trusting myself and also Source, the Universe, or whatever you choose to call that provider of things in life that really watches over somehow and takes care of me somehow.

I find I am never without what I need, I had just brought all of that worry, hyper-vigilance and the ‘waiting for the other shoe to drop” belief that I have been carrying my whole life into the present moment. Nothing has actually happened that I thought would when I started this leg of my journey in April.

And at the same time, it did, but not in the way I expected.

Being alone, as I had talked about, was one of my biggest fears. And guess what, it did happen, and I did feel alone at times. The aloneness actually became opportunities for me to sit and connect with myself and see the bigger picture of who I am and what was going on inside of me.

Also, the people who were being taken out of my life, who didn’t want to be there anyway, were leaving and they apparently weren’t for me anyway. And that is ok… they are good people, just not for me. I send them love and blessings on their way through life because that is all I can do.

During this time, I have attracted people into my life who are generous and kind without having any kind of ulterior motive or agenda behind it. I hadn’t felt that in a long time. The ulterior motive can be sub-conscious, so sometimes behaviors that we would never expect from someone show up when they are triggered. Many of us do that.

In meeting these new people, the worry, hyper-vigilance and “other shoe dropping” came up for me, but it began to dissipate as I saw they were who they said they were, 100% of the time, unlike the other relationships I had experienced.

Other relationships I have had in the past was of someone telling me they were a certain way and then becoming someone else. I’m sure I have done that too or I wouldn’t have been able to recognize that in others.

It was a very interesting thing for me to watch and walk through.

The second thing has always been financial. That had been a belief, like a lot of us carry from our families and society in general. That is not an easy one to release but it is a very valuable one. (No pun intended.)

I consistently thought that I would not be taken care of (especially if I was alone) and I would never be able to attract abundance or what I needed or wanted to live my life, myself. The funny thing is that I also became hesitant in making phone calls that I needed to make to find out exactly what was going on with things so I could take care of them. I was never this way, in my life, about making those phone calls. I would always jump right on them. This time, it was different. There was an underlying fear that felt different to me, and I couldn’t put my finger on it.

Turns out that fear didn’t matter. Remember when I said above that “growth comes from my wounds and the thing that I am most afraid of doing or being is actually a gift I carry that is disguised as fear?” Well, here is where that growth comes in.

I finally made the calls yesterday that I needed to make. Maybe I didn’t want to know the answers because I thought they were different and would be bad, or maybe it was something else. I don’t really know. What ended up happening was it turned out to be better than I expected. So, the lesson here is not to pre-empt what could happen because that is “FEAR” – False Evidence Appearing Real.

Ahhh now some more truth comes out. There is more to this existence that we think. Especially because when we think too much we can self-sabotage our own lives and that really sucks because those thoughts and beliefs are really what mess us up, not what is actually happening or going on.

Too weird… but very true to what I am finding out.

I’m finding that the best way to alleviate all of this, really, is to stop thinking. Hahaha…

But seriously, changing the thought to something else and feeling the feeling that is coming to the surface to be released is how to work with this. That is not an easy task because you really need to sit in it, with it, around it and through it. It can get ugly, but it eventually doesn’t take that long and when I’m the other side also eventually comes with a huge ah-hah moment.

I am grateful for this day because I am sitting in a lot of ah-hah moments now and it just feels natural to be here and also very safe.

Now I sit patiently waiting for the next move I get to make.

Well, that was fun… hope you got something out of it!

“In the highest vision of the soul, a waking angel stirs.”

“Music gives color to the air of the moment.”

“Music is the space between the notes.”

“Music is my higher power.”

“Music is such an effective tool for therapy because it is an incredibly complex phenomenon. Music is one of the only things in life that processes information on both sides of the brain at once.”

“Levels of the hormone oxytocin (in the bloodstream) are raised when people are singing together. Oxytocin is associated with empathy, trust and relationship building. Our sensitivity to pain and stress hormone cortisol decreases when we are involved in group music activity.”

“Music with all its subtlety has immense power to unite people, spread love and bring peace in the world.”